I recently bought a Nikon zoom lens from Wex -Nikon 16-85mm f3.5-5.6G VR ED AF-S DX since I wanted to do some landscapes. It has excellent reviews, but, Bad News – it had to go back. The wide end of the lens was blurred then very soft up to about 50mm then very sharp from 55mm to 85mm. Basically it was our opinion (2 experienced photographers) that the lens was faulty so we sent it back stating the fault.

Unfortunately we did not get a refund on the return postage, or any explanation, because Wex decided it was just a return and not faulty. So buyer beware – the lens may be still doing the rounds. Sorry, I forgot to note the serial number. The moral is that when you buy a lens brand new, whatever cost (hundreds or thousands) is is not necessarily OK and you should test it out within the 7 days you have to make a return (since the Powers may not agree it is faulty). If you have any doubts then return it. The cost of return was £11 but losing this is better than being stuck with a lens that is not fit for purpose.

Here is a link to a site that explains how lenses, particularly zoom lenses can be wrong – and it is scary reading if you think of the prices involved. If you don’t want to test it so acutely then take some test shots at the extremes of the zoom and in the middle and check them out  at different apertures – does it fit with the reviews you (should) have read about the lens.  You can expect some softness at the wide end with wide apertures usually, and some barrel distortion but is it acceptable or even blurred ? 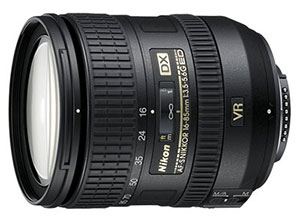 This is the second Nikon zoom lens I have bought from Wex and both have had to be returned so I have these points to make:

1) Nikon quality control does not look great – I know that lenses can go a bit off if they get bashed in the post but you have to wonder it they are tested well enough – at these prices they should be, and packed to withstand some shaking.
2) Wex hopefully are testing the lenses when they are returned as faulty but if they decide against a fault (based on what? since there was no feedback to us) the lens may well be sent round again presumably till it reaches someone new who accepts it or doesn’t test it out soon enough.

Wex included a leaflet with the lens saying ‘we focus on you’ – all I can say in this case is ‘focus off’.

Having said that we have used Wex for years and they are very good at supply, delivery, returns, etc but we will think twice about another Nikon zoom lens (we have had Canon zoom lenses which have been fine).

This website uses cookies to improve your experience while you navigate through the website. Out of these cookies, the cookies that are categorized as necessary are stored on your browser as they are essential for the working of basic functionalities of the website. We also use third-party cookies that help us analyze and understand how you use this website. These cookies will be stored in your browser only with your consent. You also have the option to opt-out of these cookies. But opting out of some of these cookies may have an effect on your browsing experience.
Necessary Always Enabled
Necessary cookies are absolutely essential for the website to function properly. This category only includes cookies that ensures basic functionalities and security features of the website. These cookies do not store any personal information.
Non-necessary
Any cookies that may not be particularly necessary for the website to function and is used specifically to collect user personal data via analytics, ads, other embedded contents are termed as non-necessary cookies. It is mandatory to procure user consent prior to running these cookies on your website.
SAVE & ACCEPT